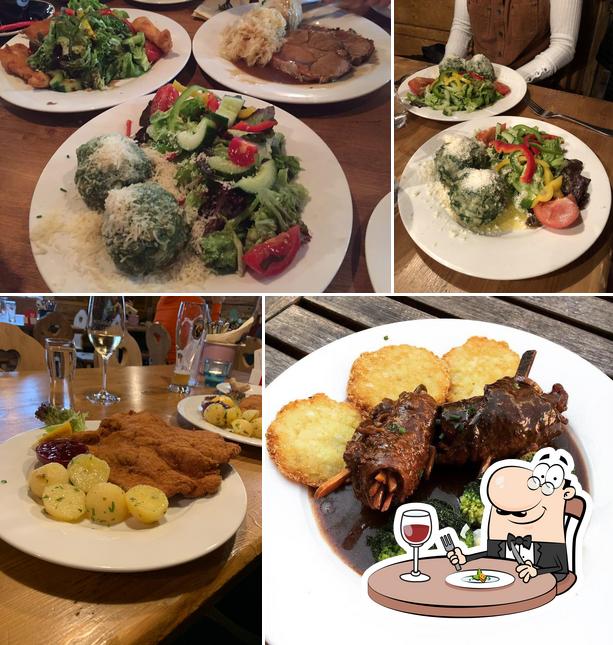 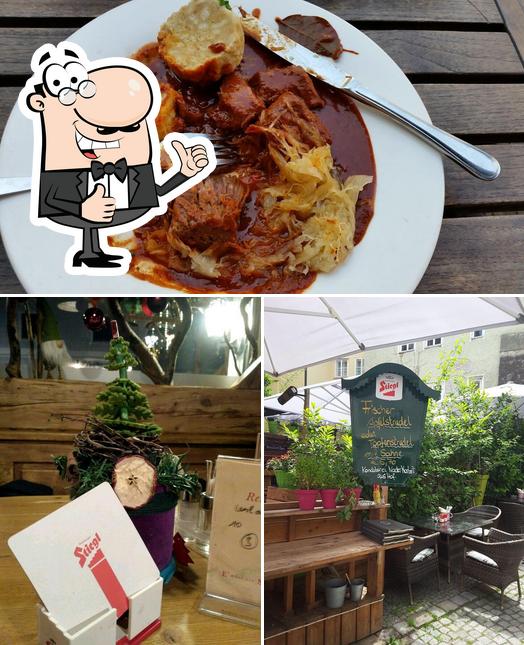 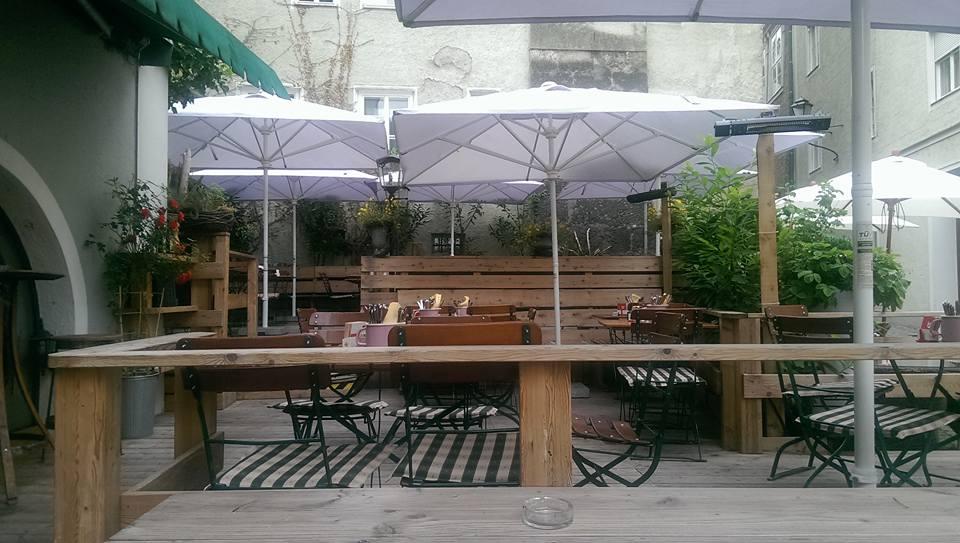 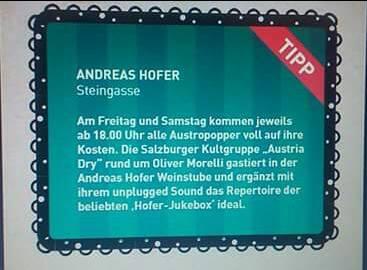 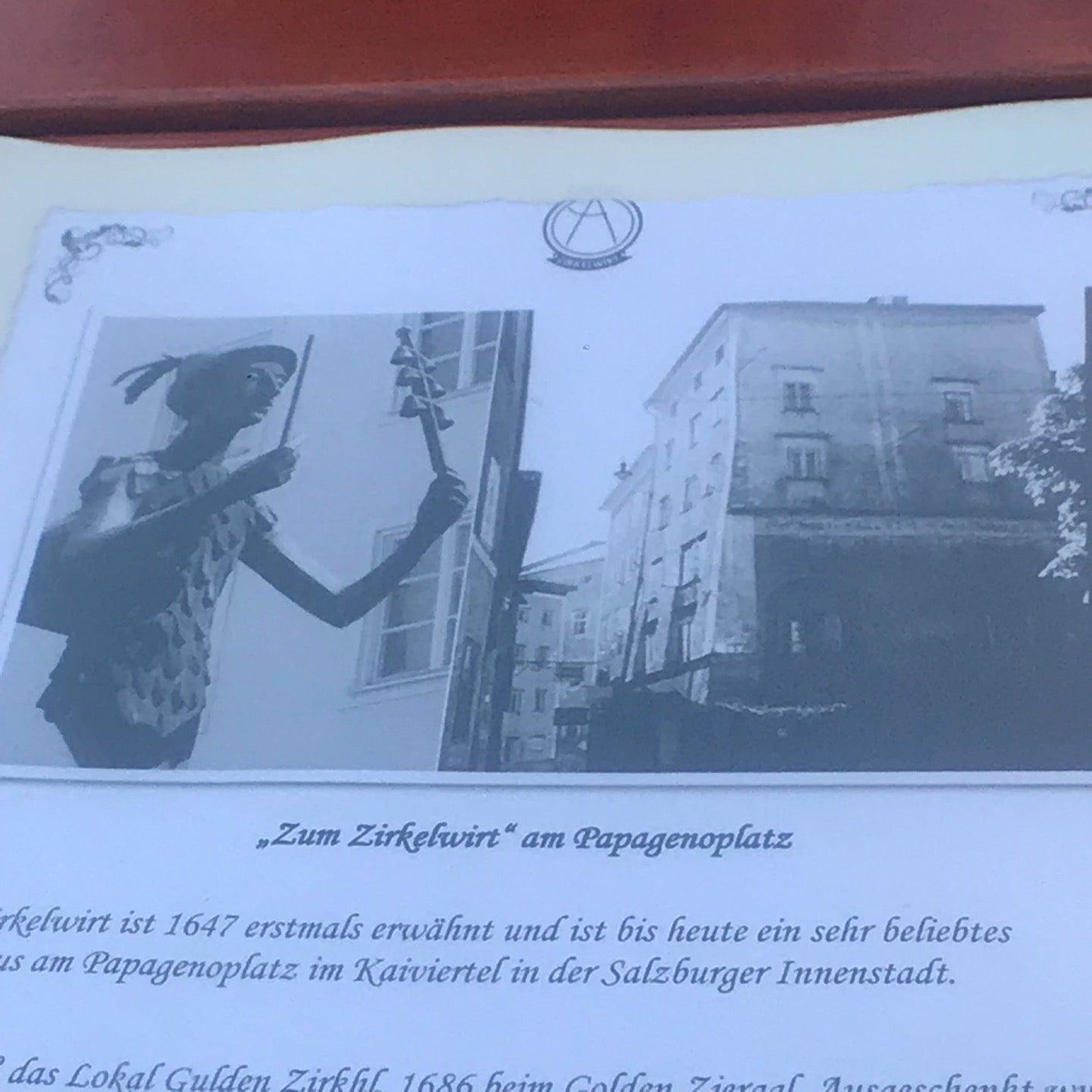 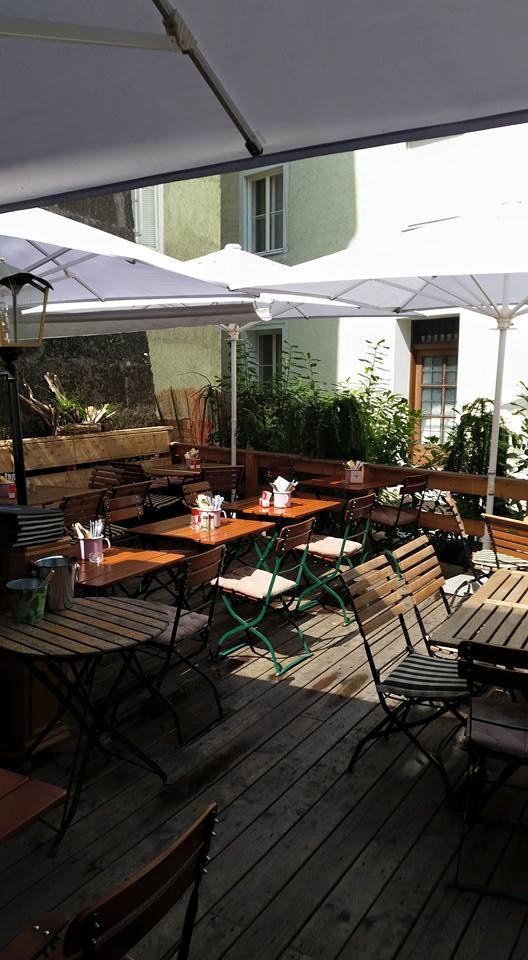 hace un año en Yelp
This was a random Yelp find, as we were wandering through the streets of Salzburg. Actually, the restaurant we had wanted to dine at was closed when we got there (even though they were supposed to be open), so Zirkelwirt was an on-the-fly find. The downstairs dining room was packed when we stepped in from the cold, but a waiter told us there was seating upstairs. "Upstairs" in this case meant traversing their very tight spiral staircase to get to a moderately-sized dining area on the second floor. We were given two seats at the end of a long table, sharing the space with a family of three. We placed beer orders after we sat down (predictable of us, I know); I got the König Ludwig Dunkel, and my husband got a Stiegl Goldbräu. For my main, I tried to order the Spaghetti Bolognese, but apparently they were all out by that time. Instead, I ordered the same thing as my husband: the Oven-fresh roast pork in Weissbier-Kümmelsaftl, with sauerkraut and homemade bread dumplings. To this we each added a small side salad. It took a bit of time for our food to arrive, but I know that they were busy, and the food had to make its way up from the first floor kitchen. It gave us a chance to sit back and enjoy our beer, while chatting about what we wanted to accomplish the next day (our last day in the city). Though the pork dish wasn't what I'd originally wanted, it was very good. The meat was flavorful, and the sauce didn't overpower the dish at all. I barely touched the bread dumplings, but the sauerkraut had a nice tang to it, that helped take a bit of an edge off the sheer meatiness of the dish. The salad was also particularly flavorful and filling - their small side salad was anything but! The dressing was light and flavorful, and the vegetables were fresh and crisp. I took a star off the rating just because our waitress was kind of rude. It wasn't like she was taking anything out on us - she seemed to have a chip on her shoulder and took it out on all her tables - but it went against everything we'd experienced in the city, as far as service goes, and took a bit away from an otherwise lovely evening.
Todas las opiniones
Cómo llegar al restaurante
Dirección
Pfeifergasse 14, Salzburgo, Salsburgo, Austria
Características
Asientos al aire libre Wifi Reserva No hay entrega Para llevar Tarjetas de crédito aceptadas
Horario
Página web
http://www.zumzirkelwirt.at
@zum.zirkelwirt